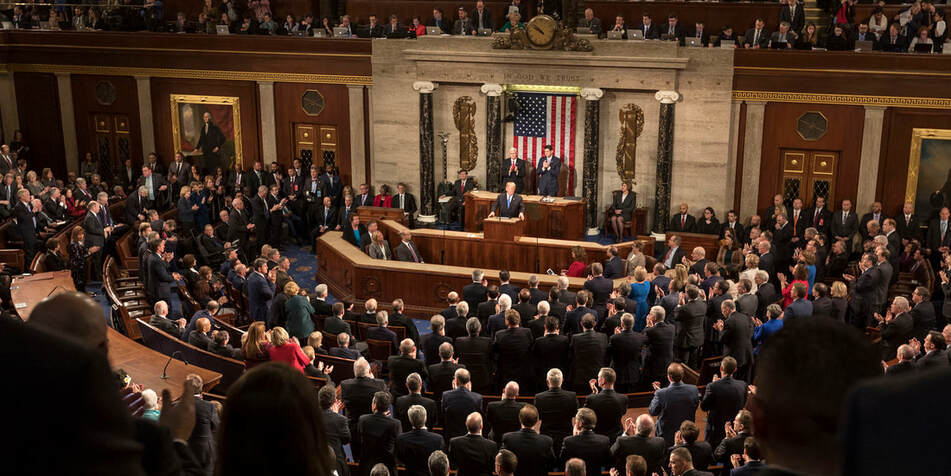 Against and Alongside the Bully Pulpit: Interbranch Messaging in a Polarized Era [SLIDES]

Abstract: The preponderance of public appeals literature focuses on the dyadic interaction between political elites—most commonly a president—and their constituents. Meanwhile, the exchange of messages between political elites—say, presidents and legislators—receive considerably less attention. This paper investigates how members of Congress intermittently buoy and block presidential efforts to rally public support for policy initiatives. I argue that legislators strategically send messages in response to presidential appeals to serve their own partisan and electoral purposes. Drawing upon a collection of House members' press releases in response to the State of the Union addresses during the Obama and Trump administrations (2013-2020), I find evidence that co-partisan legislators are almost uniformly alongside the president, while opposite party legislators are against, except the moderate and cross-pressured. These representatives, whose own partisanship is at odds with the partisanship of her constituencies, are notably less likely to respond to presidential speeches; and when they do respond, they tend to remain neutral. Additionally, a semi-supervised and keyword assisted topic model discriminates the agenda issues where different legislators respond differently and demonstrates how representatives respond presidential appeals substantively also depends upon their partisanship and whom they represent. Collectively, these findings have important implications for our understanding of public debates about the president's policy agenda and party polarization within Congress.​

"Against and Alongside the Bully Pulpit: Interbranch Messaging in a Polarized Era."​